Chris Toth joined Varian as an intern in 1999, then full time in 2001, and has held multiple cross-functional roles and executive positions during his nearly two decades at the Company.

In October 2020, Mr. Toth was named President and Chief Operating Officer of the company. In this role, he oversees Varian's business operations, including execution of the company's fiscal goals and strategic initiatives. Prior to this appointment, Mr. Toth served as President of Varian Oncology Systems, Varian’s largest business. Previous to that role, he served as President of Global Commercial and Field Operations, where he was responsible for global sales strategy and execution for Varian’s Oncology and Proton Therapy businesses. Under his leadership, Varian grew its global market share, and the Company's Net Promoter Score reached all-time highs.

Mr. Toth holds a BA in Business Administration with a concentration in Marketing from the Lundquist College of Business at University of Oregon. 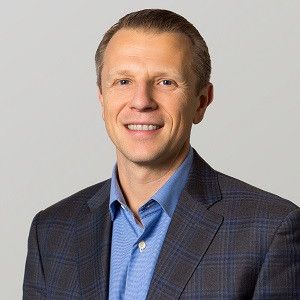